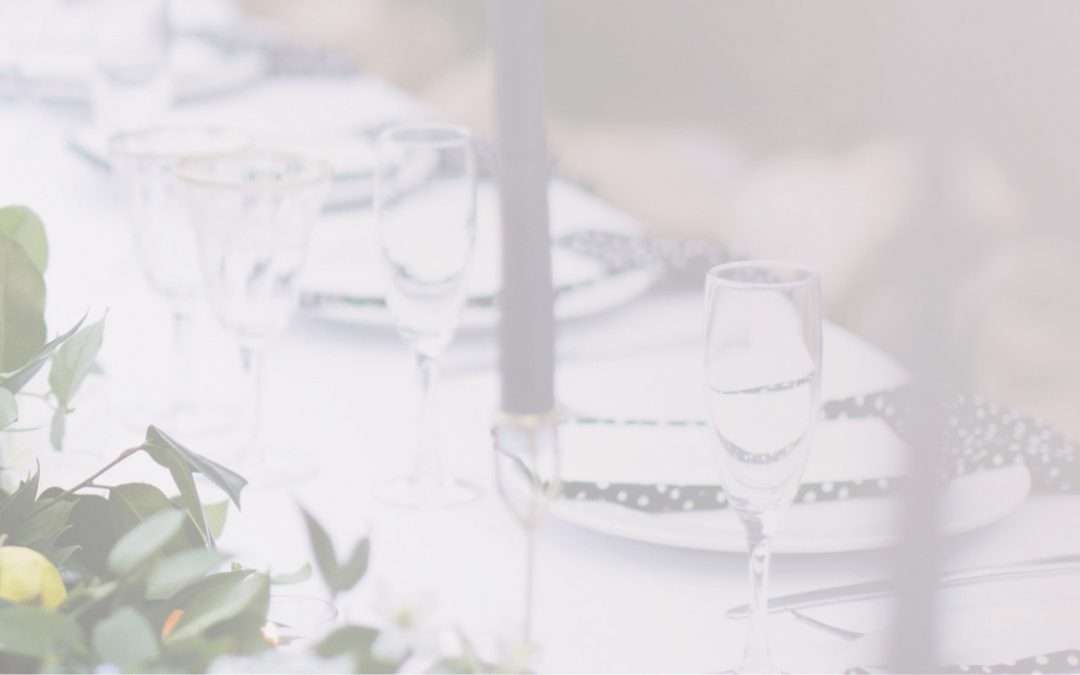 When it comes to your Wedding, there are so many decisions to make. It’s no different with your Ceremony. The main question to ask yourselves is; do you have a Celebrant or Registrar Ceremony? (If you’re not getting married in a Church, that is!)

What’s the difference, I hear you ask?

A Celebrant can make your Ceremony bespoke and tailored to you as a Couple.

They spend time getting to know you both. No two of their Ceremonies will ever be the same.

Suppose you’re a Couple from two different cultures or heritage.  This could be incorporated into your Ceremony. A Celebrant will work with you to achieve.

I should mention here about Humanist Ceremonies. These are entirely non-religious, whereas a Celebrant-led ceremony can be tailored to your beliefs, whatever they may be.

With a Celebrant-led Ceremony, you can get married ANYWHERE. Think Don’t Tell The Bride!

So if you have a particular place that is special to you both, you could get married there.

For example; Perhaps you are childhood sweethearts. You’re having a marquee wedding at your Parents’ home. There is a tree in the garden that you climbed together as children. You could have your Ceremony under that tree?

While Celebrant ceremonies offer all the flexibility and personal touches, they are not currently recognised as legal. To be legally married, you would still need to get married by a Registrar. This can occur at a local registry office before or after your Wedding Day. You don’t need to have all of your Wedding Party, just two witnesses.

Alternatively, to having a church Ceremony is a registrar ceremony (or civil Ceremony as it’s better known).

The main difference between a Celebrant and Registrar is that a Registrar Ceremony is legally binding.

More than likely, you would not meet with the Registrar who is marrying you until about 1/2 an hour before your Ceremony (At the interview, which has to take place)

Registrars use the same script. There are few personal touches. You may be able to say some of your own vows. And there is little flexibility.

Registrars tend to have several Ceremonies to conduct on one day, so there is very little flexibility if you are running late. Ceremonies can be stopped because the Registrar has to go to another Ceremony.

More often than not, Celebrants will only work on one Wedding per day. They usually end up being a Guest at Couples’ weddings, too, as they have built up such a relationship with them in a reasonably short time!

No flexibility on place

Apart from the Registry Office, there are specific Venues where these ceremonies can occur. Currently, in England and Wales, the licenced venues are either indoors or a specific outdoor space under a permanent structure.

There is certainly the flexibility and personalisation that a Celebrant can offer which Couples enjoy. Also, many Venues and Wedding Planners can see this too.

So, there you have it; hopefully, that has given a little information on whether to have a Celebrant or Registrar to marry you.

If you would like advice or recommendations on Celebrants to marry you, get in touch with me by email at info@lmsweddings.co.uk or give me a call on 07980 679575

Don’t forget to follow me on Social Media for more Wedding Planning tips and advice.  Click on the links below